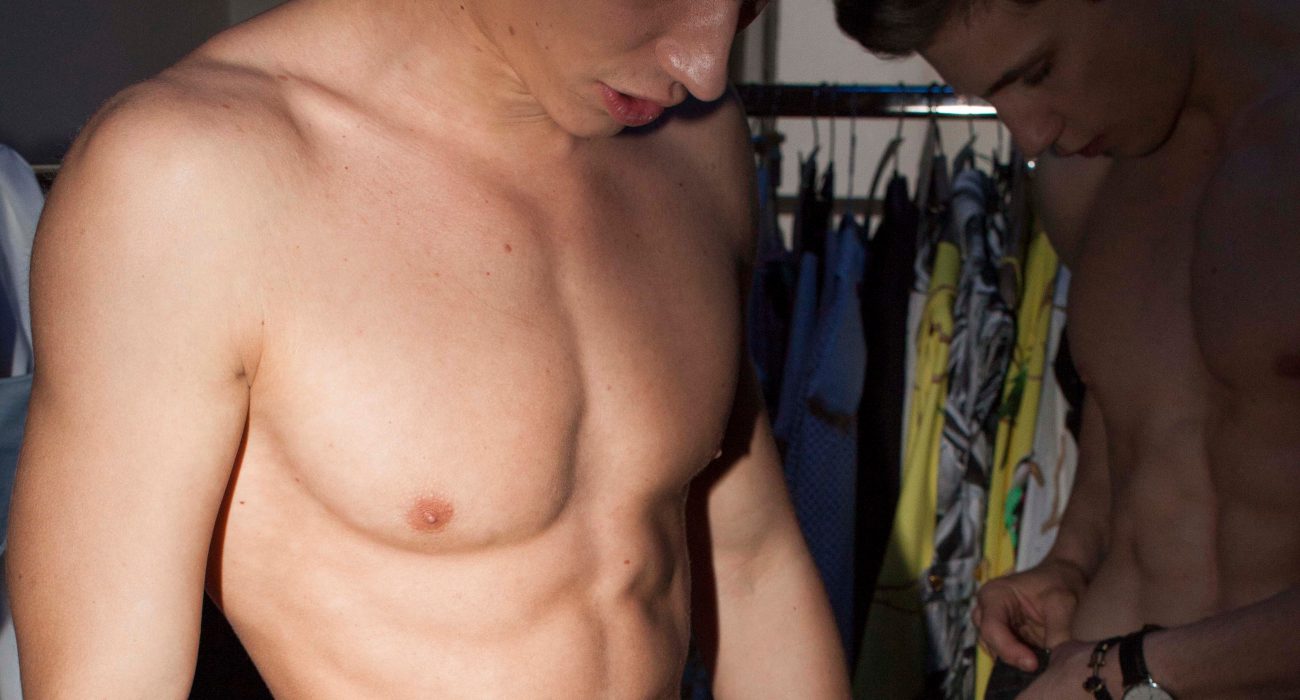 Austria, the country that produced Helmut Lang, Rudi Gernreich, and Hattie Carnegie, celebrated its best young fashion designers with an award ceremony that kickstarted the five-day Take Festival in Vienna.

Emceed by the Finnish-born burlesque artist Denice Bourbon, the winners of the Austrian Fashion Awards were announced. They included Leopold Bossert, who designs dark men’s tailoring with visible stitching; Marie Oberkönig, who favors pure and spare lines for women; Flora Miranda, whose extravagant sci-fi dresses looked reminiscent of Iris Van Herpen’s (well, no wonder, they used to work together); and Bradaric Ohmae, who took home an accessory award for their bags mixing leather and cane-work.

Although Hvala Ijala didn’t win a prize, his terrific urban menswear, in the vein of some contemporary British and Russian designers, was a fashion high point of the week. His red Marlboro blouson jacket is an absolute winner. Here is a talent to watch. The brand DMMJK’s bird prints on fluid skirts also had an irresistible charm.

The festival, which was housed in a seductively gritty old post office building, offered many talk, shows, and art installations, including a photo exhibition by Elfie Semotan, the photographer who was a fixture on Helmut Lang’s hallowed rue de Commines runways back in the 1990s. Her pictures, notably a series presenting a girl posing on a floor as if automated, were among the highlights, proving that each time you associate the words “Austria” and “fashion,” Helmut’s name is never very far away.